About Us And Dining

Chef Jesse Musa, a native of Jerusalem, grew up around exotic spices and a passion for exquisite yet simple food. It was his desire to bring warm hospitality and delicious Middle Eastern food to Milwaukee.

EXPERIENCE OUR HISTORY, BY DINING WITH US

Our journey of providing a fine dining experience started in Jerusalem in 1961 when Jesse Musa was just ten years old. He worked in his family’s restaurant and pastry shop. After that, Jesse learned to cook, saying “cooking is something I can make a living on and I love it!” In 1971, with no certainty of what was in store, Jesse Musa immigrated to the United States with his father.

Jesse would move to Chicago with no more than a suitcase and a couple of dollars. As a result, Jesse Musa never could’ve imagined, as a chef in a Syrian Bakery, Zyad Brothers, that Casablanca Restaurants would come to fruition. Consequently, It would eventually lead to a long and deeply rooted history in Milwaukee as an Executive Chef, Restaurateur, Entrepreneur, and a Culinary Staple.

Jesse moved to Milwaukee where several of his older brothers operate several neighborhood grocery stores. Eventually, Jesse Musa opened and co-owned the Sahara Inn in 1987. Located on Historic Mitchell Street, it would become one of Milwaukee’s premier dining experiences. Shortly after, Jesse renames his beloved restaurant after his favorite movie and one of America’s all-time classic films, “Casablanca.”

Chef Jesse built Casablanca’s menu on the rich, authentic Middle Eastern recipes perfected by his father and grandfather. In conclusion, learning those recipes would win a decade’s worth of awards and special mentions. Mr. Musa moved his beloved and popular restaurant from Historic Mitchell Street to Oakland Ave in Shorewood in 1993. It wasn’t until 1996 that Jesse would find his way back to his humble beginnings on Mitchell Street.

Jesse operated Casablanca until his retirement in 2003 when he closed the doors. However, in 2005, Jesse’s son’s, Alaa, Nasser & Ramsey Musa, would reopen Casablanca Restaurant on Brady Street, bringing back Milwaukee’s rich history of dining.

What should’ve been the end to a successful run for the Musa Family was anything but. It turned out to be one of many new chapters in a long and rich history of dining. A history that is still leaving its mark, not only in Milwaukee but across Wisconsin. You can trace Alaa and Nasser’s footprints far and wide.

Along with having their hands in the service industry, they deal in real estate holdings in the same vein. Similarly, they deal with development, and construction as well. They are leaving their mark in transportation, community organizations, and philanthropy. Their reach extends to holding chairmanships on the business improvement district and neighborhood associations. With many more projects yet to be announced, the Musa Family legacy will live on for generations to come.

Nas and Alaa’s father, grandpa, and great-grandpa’s hard work, motivation, and dedication to everything they love still courses through their veins. Every generation after them and Wisconsin will benefit from every bit of it.

Casablanca is growing, from adding a second-floor addition to the Brady Street location, enclosing the west-side, second-floor terrace with retractable roofs and sliding glass panels to opening a second Casablanca Restaurant in Brookfield. From opening MooSa’s Custard Stand at North Point Beach to opening three more MooSa’s locations in southeastern Wisconsin in 2021.

With everything that took place in 2020, we understood the challenges most of America faced. After COVID-19 hit, we took the necessary measures to not only ensure our survival as a Milwaukee mainstay by increasing services like take-out, delivery through our food ordering app to curbside pickup and contactless ToGo orders. Casablanca tripled their budget for sanitization and cleaning staff daily to ensure a clean and safe dining experience. Furthermore, Casablanca placed more than fifteen virus-killing HEPA-filtered air purification systems strategically throughout our establishment.

It’s exciting to showcase everything we have to offer. Thank you, not only from the Musa Family but the Casablanca and MooSa’s Family as well. With other ventures opening up in the agriculture and textiles industry to expanding our MooSa’s operations, the Casablanca Family of companies is growing. It’s easy to see no slowing down for us soon and we are glad you are along for the ride.

Visit us on social media by clicking anyone of the links below for more information about menu items, pricing, dietary information, operating hours, locations, upcoming events, recipes, and staff. 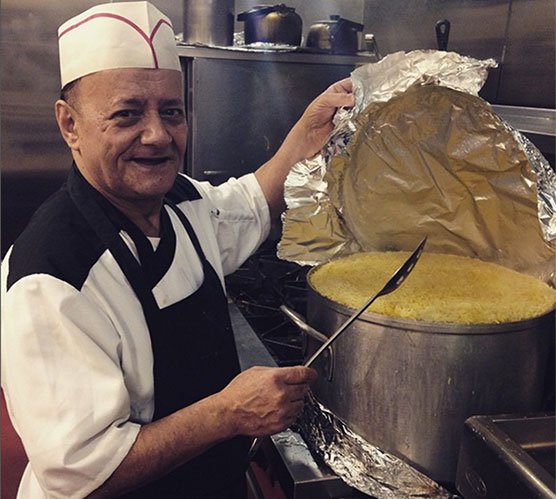